Are you looking for cheap flights to India from Canada? Look no further. Search and compare multiple airlines to find the best deals on flights to India from Canada. Our flight pricing algorithm searches millions of airfares to help you find cheap tickets to India quickly.
We have multi-lingual travel agents that speak English, Hindi, Punjabi, Gujarati, Marathi, Tamil, Telugu, and Konkani to cater to your needs.
We have partnered with all major airlines and travel suppliers so that we can offer you the very best deals available.
Customers rated NanakFlights 4.4 out of 5 stars (score based on 1354 Google reviews).
NanakFlights.com has a 4.8/5 TrustScore based on 1409 Trustpilot reviews.
Better Business Bureau has given us an A+ rating.

Book Flights to India from Canada

We offer flights to India on all major airlines including Air Canada, Air India, Emirates, Lufthansa, Austrian, Swiss, Oman Air, Lot Polish, Kuwait Airways, Etihad Airways, British Airways, Gulf Airways, China Eastern, China Southern, China Airline, Air China, and Ukraine International.
Air India is operating three non-stop flights to Delhi, India, from Toronto on Monday/Wednesday/Friday. You can also book Air India flights to other Indian cities of Ahmedabad, Mumbai, and Amritsar using its non-stop flight to Delhi. The minimum layover or connecting time at Delhi airport is for 4 hours, so you will have enough time to complete immigration before catching your next connecting flight to your final destination.

Most of the flights leave in the late afternoon from Canada to India. If you have an emergency and want to leave early, Emirates is the most convenient flight, and it departs at 2:30 pm from Toronto to Delhi and Mumbai hubs in India. Even if you have to catch the Emirates flight from Montreal or Ottawa, you can hop on to Toronto by either Air Canada or WestJet flights. If you want to reach India early from Western Canada, there are many options available on different airlines. Air Canada, United Airline, Emirates, China Southern, China Eastern, Cathay Pacific, Japan Airline, and Hong Kong Airlines depart early from Vancouver to Delhi and Mumbai hubs in India.

Most Popular Airline for India

The following are our popular Canada to India destinations.

Most popular cities in India


We know you love to bargain and ask for discounts when purchasing airline tickets—that’s why we have a team of over twenty India specialists to offer the lowest airfare to our customers. Please call us toll-free at 1-855-722-9977 to unlock the most economical pricing on India flights.
We are a licensed Canadian travel agency and are proud to have sold thousands of India flight tickets to our customers from Toronto, Mississauga, Brampton, Etobicoke, Malton, Bolton, Milton, Hamilton, Markham, Pickering, Ajax, Whitby, and from all across Canada.
TICO protects all travel purchases made with Nanakflights—that’s why thousands of our customers from Canada have trusted us for their travel purchases.

Find Cheap Flights to India from Toronto, Vancouver, and other cities.

Check our best flight deals to India from Toronto, Vancouver, Montreal, Ottawa, Calgary, Edmonton, and Winnipeg.
Displayed fares are based on historical cached data, and are subject to change and cannot be guaranteed at the time of booking.

Last-minute flight deals to India. Displayed fares are one-way fares. Tickets are subject to change and cannot be guaranteed at the time of booking.

Departure and Arrival Information for all Major Airports in India

India is the second-most populous country in the World with a population of more than 1.25 Billion people. There are over 22 languages spoken in India. Taj Mahal is the most visited site in India. It is one of the seven wonders of the World and attracts tourists from all over the World.

A peninsular country located in the south of Asia, India is a beautiful blend of history, culture, nature, and culinary delights. India is famous for the Himalayan and Karakoram ranges in the north and thick tropical forest of the Deccan region in the south. The country’s east is a natural treasure, while the west is known for its forts and palaces.

India's ancient history of 5,000 years brings millions of tourists from across the globe to experience the festivals, languages, and dance forms. Mark Twain referred to India several times as the cradle of the human race and birthplace of human languages. Most of the languages that we use today are developed from Sanskrit, an ancient Indian language with over 3,500 years of history. Apart from that, India is also the birthplace of Ayurveda, Yoga, and the Hindu religion.

In its history of thousands of years, India has never once invaded another country. However, it has been invaded by almost all major countries and kingdoms of the world including the Turks, Mughals, Portuguese, and the British empire.

Today, India stands tall as the seventh-largest country by size and the second-largest country by population. It is the most ethnically and culturally diverse country in the World and also boasts a wide variety of flora and fauna. Visiting India is a life-changing experience because you get to learn so much about ancient history that co-exists with modern values. We have comprehensive India travel guides for you that will come handy while visiting India.

When to fly to India

Climate in India:
India is a vast country, so different parts have different temperatures, making it possible for you to visit all year round. The country enjoys diverse weather, so you can visit whenever you are most comfortable traveling. We have separated the seasons into three periods, so you know which region is the best to visit during that time.

October to March:
Most of the tourist activity in India takes place between October to March because the temperature and weather is favorable sightseeing. In North India, temperature ranges from -30 to 25 degrees Celsius, while in South India, it is more controlled between 16 to 32 degrees Celsius. There’s minimum rainfall, but you will enjoy some fresh snow. Best places to visit in India during this period include The Himalayan region, Rajasthan, Goa, and Kerala.

April to June:
North India turns into a wonderland for adventure seekers between April to June. However, the temperature can increase to 40 degrees Celsius in the lowland area of Uttar Pradesh and Rajasthan. You can head south to hill stations of Kerala and Tamil Nadu for meditation and yoga.

July to September:
South India and Northeast India experience plentiful rainfall between July and September, reviving the country’s tropical forests. Avoid visiting during this time because you will be locked indoors. However, if you are looking for a relaxing getaway and want to stare at the mesmerizing lush nature all day long, this season is the best for you.

India is a multi-cultural country. People from every part of the world are settled in India. You will enjoy the festive season in India all year round. Check the list of famous festivals in India.

The average winter temperature in India:

Average Dollar to INR currency conversion: (INR is the currency used in India)

How to Find Cheap Tickets to India

Your excitement in planning your next trip should not outweigh your need for finding affordable flights to India. Looking at the year in advance, you will find that December is usually in high demand, which adds a potential 3 percent price increase. However, traveling in September will see you potentially saving up to 3 percent on your flights.

There are multiple factors that influence prices for tickets to India, and lower-demand or "off" seasons are usually the best time to go. Besides operating costs and peak seasons, various Indian festivals and spikes in tourism also directly influence flight prices, for better or worse.

With our deep industry knowledge, we can provide you with valuable information on the best possible solutions for your India travel plans.

What is the cheapest month to fly to India?

The best time to fly to India is typically between the end of January, and the middle of May, with February, assumed to be the least expensive month of all. The months of June and July are usually the most expensive considering they’re the height of the tourist season.

Do I need a visa to visit India?

Keep in mind that as a Canadian citizen, you need a visa to visit India. You can apply for a tourist visa online or at your nearest Indian Consulate or Embassy. The E-Visa is quick and easy, and when you arrive at your Indian destination, your passport will get stamped upon arrival.

Which Airlines fly non-stop to India?

Where will I do my custom and immigration in India?

How many checked-in pieces of baggage are allowed for India flights?

How do I get the cheapest airfares to India?

Making sure that you keep an eye on the various prices of available airlines will ensure that you’re able to find the lowest pricing on your flight tickets from Canada to India. As well as keeping up with research, you should look for air tickets during the cheapest month to fly to India, which is February.

Is India expensive to travel?

India is known to be one of the least expensive locations to travel, which is ideal if you’re on a budget. Food, utilities, transport, and accommodation in India are cheaper than competitor countries, making it perfect for travelers who don’t want to spend a fortune.

How long is a flight to India from Canada?

A direct flight from Canada to India is approximately 14 hours, which is the time it takes to fly from Toronto to Delhi. Depending on the airport that you fly from, your destination, and whether you have any stop-overs, the length of your journey will vary.

These tailored made guides aim to give you accurate and up to date information on the best places to explore in the popular cities in India, top hotels, restaurants, guided city tours, and more. 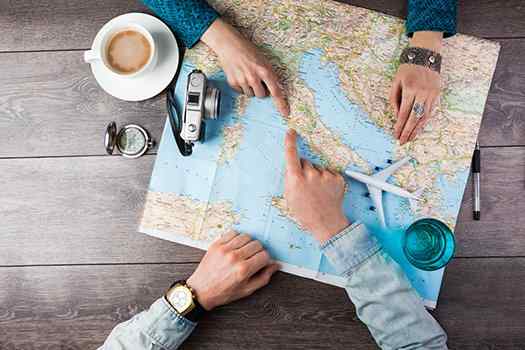 We are showing top customer reviews who have purchased India flight tickets from us.

Feedback: This is my third booking through Nanakflights. I found their rates very competitive. Their service is excellent. I dealt with Ms. Mrujul Choganwala for more than a year now, and I find her very knowledgeable. She is very courteous and patient while dealing with me.

Feedback: booked my ticket for India through pam!! She is helpful and friendly.

Feedback: I had a wonderful customer experience. Mridu found me a direct flight to India at a great price. Mridu booked me a flight through to Bhopal as a multi destination flight saving me $100 additional baggage costs had I booked it myself as a separate flight from Delhi. Sincerely appreciated the customer service I received from first point of contact through to receiving my tickets. I highly recommend Nanak Flights. Very professional and personable. Thank you.

Feedback: I got good rates for an urgent trip to India from Nanakflights. Also, the overall customer service experience and follow-ups were nice.

Thanks to Nanakflights. We had to travel due to some medical emergency in India. She did call us in India to make sure all is well there. Excellent Customer Service. I will always recommend.

Madhvi was extremely helpful in booking our family visit to India. We will use Nanakflights again as she provided a great customer experience.

Read all the reviews.