Munich is the capital and the largest city of the German state of Bavaria, is a large cosmopolitan city that has been able to retain a provincial atmosphere. Its center is very compact, making it easy to tour the city on foot.

Munich, located at the river Isar in the south of Bavaria, is famous for its beautiful architecture, fine culture, and the annual Oktoberfest beer celebration. Munich's cultural scene is second to none in Germany, with the museums even considered by some to outrank Berlin in quality. Many travelers to Munich are absolutely stunned by the quality of the architecture.

Consistently found in the top tier of quality-of-life-rankings of world cities, Munich is a wonder to behold. When Germans are polled about where they would like to live, Munich finds its way consistently at the top of the list. Since it's so close to the Alps and other beautiful European wonders, it's no surprise that everybody wants to live in Munich.

Book Cheap Flights to Munich (MUC), Germany and save big.

If there's such a thing as the German dream, Munich (München) embodies it. Germany's third – and favourite – city often tops surveys to find the most liveable city on the planet, and it's easy to see why, with lakes and mountains on its doorstep, a fine roster of historic and cultural sights, glittering shops and the air of confidence that comes from being the home of BMW and Siemens.

Munich's efficient subway will bring you to sites like the Frauenkirche and New Town Hall cin the historic center, and the Olympiapark and Nymphenburg Palace. 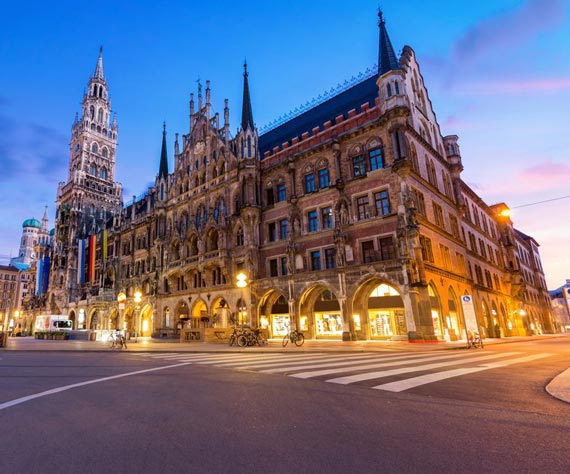 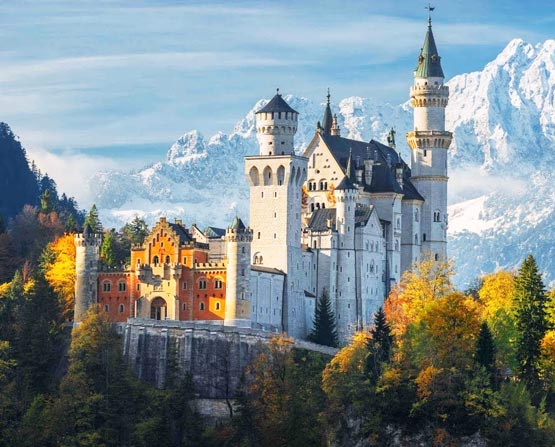 
Munich is home to Germany's Oktoberfest. The Oktoberfest is known as the Largest Volksfest (People's Fair) in the World. The Oktoberfest is an important part of Bavarian culture, having been held since 1810. Other cities across the world also hold Oktoberfest celebrations, modeled after the original Munich event. Sample beers and have a blast at the largest fair on earth!

Munich is also a prime example of German architecture. The palaces and castles make this city a location from a fantasy world. Shrouded in greenery and hugging the European Alps, its tall, spiring buildings will stun you. The orderly nature of other buildings attest to the fine quality of German building and masonry.

We work hard to find the lowest airfares to all your destinations. For the best deals, fill out our form for a free quotation by email and we will get back to you with unbeatable rates. To book your trip right away, use our booking search to reserve your tickets online instantly.

Nanak Flights can provide you with the best fares to Munich and all destinations worldwide. Use our search engine to book online today and compare top airlines from the comfort of your home or office.


If the cost of your air tickets drops after you purchase your tickets from us, we'll give you a 100 credit to spend on the next flights you book with us.

Our Secret to cheap flights to Munich is connecting with multiple suppliers and multiple GDS (Global distribution systems Sabre, Amadeus) to shop the lowest flight options and pass all the savings to our consumers.

There are multiple airlines options from Canada to Munich, Germany. Many airlines operates their flights to Munich(CDG) and other European routes. Munich seves as secondary HUB for Lufthansa airline and its star alliance partners and most of the North American and European Airlines connect/transit their flights through Munich. Munich is the 2nd busiest airport in Germany after Frankfurt in terms of passenger traffic.

Use our simple booking tool to compare prices vs connection times to book your flights to Munich. Following are the airlines with their route details to Munich. Please make sure if your flight is via USA to Munich, You will require USA visa or you must be a Canadian citizen. 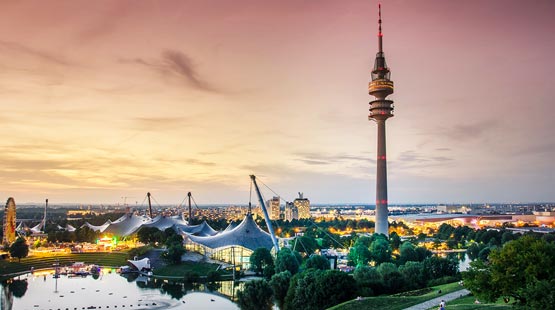 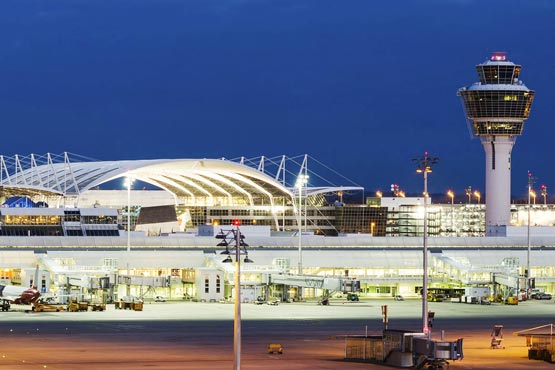 Local people in Munich love their beer gardens and the best beer is Augustiner Keller. The restaurant has Open-Air outdoor seating space for all guests.

They serve the best pizza in the town.

Getting to and From the Munich Airport

There are a number of bus routes that connect to the airport and the surrounding cities. In front of the central area is the bus station, close to terminals 1 and 2.

If going by train, there are two lines which depart from the airport to the city every 10 minutes, right to the city centre. They are close to terminals 1 and 2.

Many hotel shuttle services are available if you are staying very close to the airport. Consider staying in a hotel close by to take advantage of this often complimentary shuttle service.

Between terminals 1 and 2 is the car rental pickup and offices. Munich airport is serviced by Avis, Enterprise, Europcar, Hertz, Sixt, and Rent a Terstappen. For any information regarding Munich Airport, Please visit the Munich Airport web site. 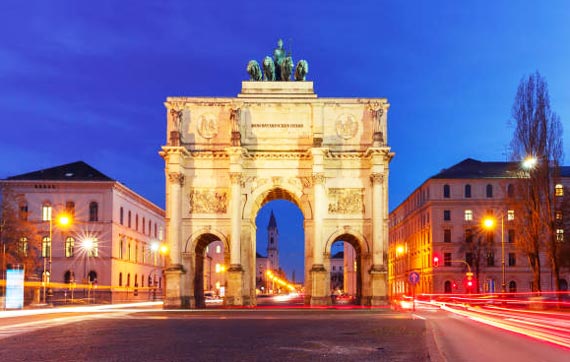 To get flights updates at Munich Airport, check the arrival and departure time of domestic and international flights

If you are planning to stay close to the airport in MUC, the following is a list of the best hotels close to the MUC Airport.

We are RATED 4.4/5 by 1344 Google reviews for a reason. Book your Flights to Munich with confidence.